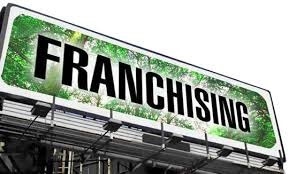 2. Do you have a favorite team?

Regardless of whether your answers to those two questions are ‘yes’ or ‘no,’ there’s a third question: are you aware that every team in professional sports is considered a franchise?

It’s true. Baseball’s New York Yankees are a franchise. Same goes for basketball’s Los Angeles Lakers and hockey’s Pittsburgh Penguins. Not to mention football’s Super Bowl winning Seattle Seahawks! Although there are numerous differences between a professional sports franchise and a franchise such as GYMGUYZ, there are enough similarities to further illustrate the attractive prospect of becoming one of GYMGUYZ’ new franchisees.

The Yankees are certainly one of the (if not THE) most renowned, valuable sports franchises in the world. From a branding POV, even non-sports fans recognize Yankees gear when they see it, i.e. the distinctive insignia on caps. When a random teenager in Sunrise, Florida spots a Yankees cap while walking through a mall, he knows it’s not just a hat, but the symbol of a successful franchise. As GYMGUYZ makes its inevitable (franchising) march westward, more and more people won’t just be able to immediately identify the GYMGUYZ logo, they’ll know what it represents — a mobile training company that brings the gym to you! It’s time to admit the obvious: before too long, GYMGUYZ won’t just be a name east coasters recognize, but one that’s known far and wide. Become a GYMGUYZ franchise owner… and join our winning team today!