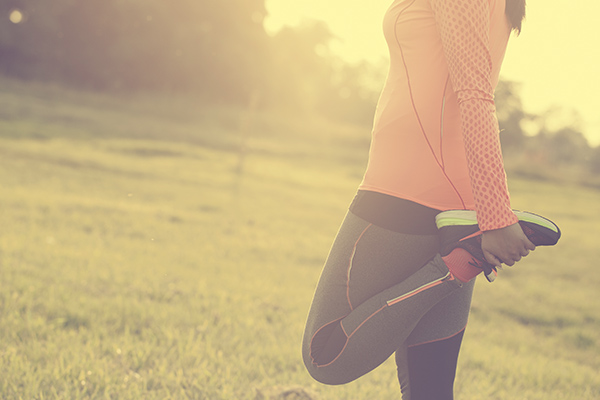 Katie Mackenzie met her husband, Tony, at the Jewish Community Center in 2010.

They bonded over exercise: She worked at the gym, and he was a member.

Six years later, fitness still looms large for the couple, who have invested about $65,000 to launch the first GYMGUYZ franchise in St. Louis.

Specialty gyms are now commonplace, from CrossFit to Orangetheory Fitness, but GYMGUYZ has no storefront: It is based in a van, and its trainers travel to customers.

“Everyone has a million reasons for not exercising, though we know we should,”Katie Mackenzie said. “It’s often the convenience factor: ‘Oh, I don’t have time to get to the gym, and if I want to work out at home, I don’t have the motivation or equipment to get an effective workout.’”

GYMGUYZ, founded by Josh York and based in Plainview, New York, offers personal training sessions nearly anywhere — at home, work, a park. Trainers bring bands, stability balls and other tools with them, and sessions run $60 to $85 per hour, depending on the package selected.

At first, Katie Mackenzie will focus on an area encompassing Kirkwood, Webster Groves, Ladue, and Town and Country. She might eventually pay GYMGUYZ more to expand to other parts of the region; there are no other GYMGUYZ franchisees in the metropolitan area. Tony Mackenzie, director of digital marketing at Isle of Capri Casinos, will help run the back end of the business, while Katie Mackenzie, a certified personal trainer for 10 years, will also work with clients. The Mackenzies already have hired two trainers.

“One of the things that appealed to us about GYMGUYZ was scalability,” Katie Mackenzie said, adding that the business could succeed if it books 50 sessions a week to start. She explored other gym franchising models but balked at the price tags, which sometimes reached $500,000 or $600,000.

York said the low cost of overhead has allowed the business, founded in 2008, to grow quickly, with 32 franchisees in 18 states and plans to expand to Canada. It collects a 6 percent royalty fee and 2 percent fee for a brand, or marketing, fund. Revenue is projected to reach $3.5 million to $4 million this year, with figures totaling $6.5 million to $7 million in 2017, he said. According to the International Health, Racquet & Sportsclub Association, in 2015, total U.S. industry revenue increased 6.1 percent, to $25.8 billion.

“We are the first to market,” York said. “No one else is out there doing what we’re doing.”

“One day a customer came in late,” said York, another personal trainer. “She said, ‘I wish you could come to my house. I just don’t have any equipment.’ I said, ‘How great would that be?’”