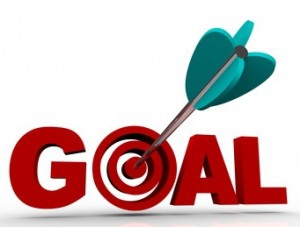 In last week’s installment of The Fitness Lifestyle, we talked about the importance of sleep — not just from the POV of your GYMGUYZ workouts, but your normal, everyday life. Some people are simply better sleepers than others and rarely if ever have any issues getting enough. But for those of you who DO have the occasional sleepless night, or in general experience difficulty drifting off, what if anything can you do? We mentioned the role caffeine can play in all of this… namely, to avoid it at all costs from early afternoon onward. This is an easy fix, relatively speaking, and you might find your sleep patterns improve almost immediately. But what if caffeine was never in the equation and the problem runs deeper than that?

It’s true that certain people find “shutting their brain off long enough to fall asleep” to be nearly impossible. They toss and turn, then toss and turn some more, growing increasingly frustrated as the clock continues its perpetual march through the night. You might even start playing the “if I fall asleep now, I’ll only get 3 hours” game, which is counterproductive to say the least. I don’t envy those for whom every night is a battle. If you’re in that camp, the best thing to try is to never attempt sleep until absolutely exhausted. The typical GYMGUYZ workout — even one completed many hours earlier — might help you to reach that state. Even if it doesn’t, under no circumstances should you just lay in bed for hours on end. I’ll go so far as to suggest that if you don’t conk out within the first 15-20 minutes, get up, read a book, watch a movie or the late local news… anything other than trying to fight your way to sleep.