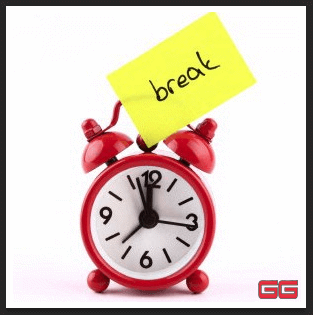 What are the biggest keys to success? With ease, many of us can rattle of three that come to mind: working effectively, efficiently and smart. Now, what does that mean and how exactly do you achieve those three things? There are many ways, but probably one method that you’d never expect— taking breaks.

Taking time away from your work improves productivity, creativity and focus, and yet, it’s looked down upon in most office cultures. As a boss, you want your employees to work— and that’s understandable, but working them to the point where it’s unproductive, isn’t. In fact, the Draugiem Group, a social media company, conducted their own experiment to see what set their most dynamic employees apart. The result was surprising to say the least; 10% of the employees who were highly productive didn’t even work a full eight-hour day, in fact, they took, on average, a 17-minute break for every 52 minutes of work.

The key isn’t having your employees work longer hours; it’s having them work more proficiently in a shorter amount of time— by encouraging breaks. The results found by the Draugiem Group confirmed what research has been stating for years— that human brains simply weren’t built to focus for eight, full hours. Although the findings from this study were expected to many industry professionals, what was unanticipated was what those productive employees did during their breaks. Instead of hitting up their social media sites, YouTube or ESPN, they got up, walked around, interacted with co-workers, or even read a book! They key to more proficient employees to give them a break from their screens (computers, tablets and phones).