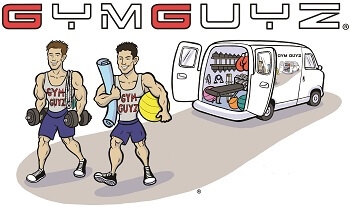 Nobody likes getting sick. Whether it’s a brutal case of the flu or “just a cold,” we can’t wait until we’re back to our normal selves. Obviously, if you’re in the grips of a killer flu bug, the idea of working out is laughable. You’ll be calling or sending a text to your GYMGUYZ trainer, letting them know that today’s workout is out of the question. We’ve all been sick enough where we barely have the strength to move from the couch, let alone exercise. But what about when, yes, you’re clearly under the weather, but your energy levels and motivation aren’t affected by the illness?

One school of thought is to go by whether or not you’re running a temperature. And by this I mean, your basal temperature is elevated to 100 or more, when not “artificially” lowered by fever reducers such as acetaminophen. It’s never advisable to engage in vigorous exercise when running a temperature; that’s a recipe for disaster and could land you in the hospital. On the other hand, if you have a cold but aren’t running a temperature, follow your instincts. If your gut urges you to go through your usual GYMGUYZ workout, by all means do. It won’t necessarily quicken your ultimate recovery… but it also shouldn’t slow it down. If you’d really like to exercise, but are feeling “off” enough to the point where you really have to stop and think… don’t do it. Better to err on the side of caution and give yourself that extra day (or two).